The Gurkha Peace Foundation proudly participated in the parade and service alongside other worthy organisations such as Amnesty International. The ladies were magnificent in their beautiful saris and fourteen years old Miss Sindhiya Rai a prayer. Several Gurkhas who had served in United Nations Peace keeping missions mingled with internationally recognised peace campaigners  such as Bruce Kent, the founder of CND. 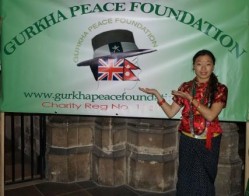 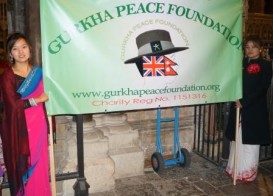 Prayer for United Nations Peace day at Canterbury Catherdral On

barriers of class, creed and race and the transformation from a global economy in to one of global justice.

We pray to be able to recognise the sty in our own eyes before condemning others and  learn to overcome the greed, hatred and fear that creates war and replace it with truth and economics based upon human needs.

Our hope is that the rule of law will be transformed from any form of imperialism to one based upon an ethical and international foundation with the growing belief that freedom of value in proportion to its universality and that the first freedom is from want.

Above all we pray for a revolution of universal love and brotherhood and our personal courage to bring about such a brave new world. 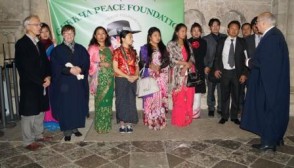 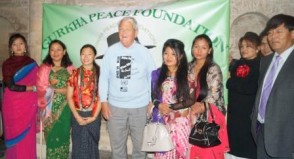